Passionate About Living Life Optimistic is the acronym for the local artist who goes by Yung Yung Pallo (@YungYungPallo), which originates from the word "Apollo". Born in Hollywood, FL, but raised in the streets of 941 Pallo music has inspirational street soul that has yet been heard. Some label him the Nipsey Hussle of Florida. One of his proudest moments thus far was when he placed his single "One Day" on the top video website for Hip Hop Artists today "WorldStar Hip Hop" which quickly grew in views; which is over 1.5 million to date. With the popularity of his music rapidly growing he landed a featured artist spot on Datpiff.com and became City Stage artist of the month with Band-Alism Music Group. Today we are pleased to present his latest track "Feel Like U Hatin". All of us have been there before, you know the feeling that someone just does not vibe with you or is envious of what you have going on. Well, Yung Yung Pallo w/ the blazing production by Shardy Pantz has captured this feeling through sound. Download, Listen, Support, and Play it today.

Posted by Bigga Rankin at 3:44 PM No comments:

Shot Dinero (“Dinero”) (@ShotDinero1), aka El Presidente, although born in North Philadelphia, resides in Brooklyn, New York. During his years growing up in Philadelphia, Dinero discovered his love for rhythm and beats before moving with his family to Brooklyn. In Philadelphia, Dinero was exposed, introduced to and surrounded by violence and the hustle of the drug trade. As Dinero moved towards junior high school, he found the great outlet for his problems and the drama he was going through at home and in his everyday life. He started writing rhythmic poetry, which fused his love for music and poetry. As Dinero matured, he began to seriously hone his craft and spend a significant amount of time on his new found passion of music and poetry. His skills and talent grew and expanded, beginning his exploration of music of other cultures. With Dinero being of Dominican Republic ancestry, it made it even easier for him to seamlessly transition to and across Hip Hop, R&B, Reggae, and Reggeaton. Dinero, this young artist, has an uncanny lyrical talent that is effortless and appeals to audiences worldwide. His versatility commands the attention of everyone within earshot of his music. Dinero’s music gives you a flavor for his upbringing from being deeply involved in the hustle of the streets. Through Dinero’s music, you really begin to understand what it means to have to hustle hard to survive in life. Dinero’s drive and ambition are the catalysts for inspiring him to write and record his music where he found his lane known as “Feel Good Music,” which is heavily influenced by Biggie Smalls, Jay- Z, Mobb Deep, Nas, Jadakiss, Tego Calderon and many more hot artists that represent Hip Hop then and what Hip Hop is supposed to be now. Dinero has been signed to Browns Town Music LLC since 2011.

“Mr. Soc Sosa is Milwaukee's Original Gangsta...The man's hard work and dedication is commendable. His flow is as gangsta as it gets...and his delivery is as furious as "Mike Tyson", Maurice Beckley a.k.a Dr. B. “No matter where you go, Soc Sosa is the blueprint for how you should do it”, Core DJ Homer Blow. “I Always give them 110%, whether it’s 2, 200 or a 20,000 in the audience, Same Show", Soc Sosa. https://app.box.com/s/fppn713342xk1c1qnz8t [Download Here] Connect w/ The Artist www.arrogantncockyent.com/socsosa.html Twitter: @SocSosa IG: SocSosa Facebook: Facebook.com/SocSosa Reverbnation: Reverbnation.com/SocSosa EPK www.artistecard.com/socsosa Soc Sosa is available on Itunes, Amazon.com, Spotify and all other major internet retailers.
Posted by Bigga Rankin at 8:44 AM No comments:

Keith Wallace aka Full Klip (@FullKlip35), was born in the heart of Miami FL. Just like most young black men he dreamed of leaving his mark on the world. However, one bad decision at the age of fourteen took his life on a six-year detour behind bars. The confinement of bars could not rob him of his dream. In fact, this isolation from society allowed him to fine tune his skills as a rapper. Whatever greatness God instills in you can't no prison take from you unless you allow them to. He didn't waste anytime, getting into the rapping arena. He hit every avenue that was at his fingertips. He had to get his voice out in the community and this was one vehicle he used. While at Live & Let Live Record, he recorded over a hundred songs. Like a doctor is to medicine, Full Klip is to rap music, he makes the mind think, the body move and spirit yearn for a better tomorrow.

Posted by Bigga Rankin at 10:12 AM No comments:

Ralphie El Farggo (@RalphieEL_MFG), born in Orlando, Florida was adopted immediately after his birth and relocated to Fayetteville, NC. Shortly after learning he was adopted Ralphie started to act out in school, rapping in class. His rebellions lead him to the streets where he discovered his talent and love for music. He watched the major artists of hip hop, but created a style so unique that it gained him credibility in the streets of Fayetteville. His catchy hooks and smooth lyrics would become requested by other artists throughout North Carolina, which makes him one of the best in his area. His lyrics represent the young men and women of his generation. Staying loyal to his believes is the badge of honor that he wears on his shoulder. By remaining true to his style and craft, Ralphie El Fraggo is destined to become one of Southern Hip Hop's greatest rappers. With this uniqueness, passion, and stand out personality Ralphie knew he had to make his mixtape official. The best way he knew how, was by bringing in someone who is well respected and known for sharing some of the same principles as his. Ralphie had a few options, but his choice to approach Bigga Rankin (@BiggaRankin00) was a no-brainer. Bigga Rankin is the Streets A&R and has the many of the same principles Ralphie wishes to maintain to uphold. Today we present you with the first chapter in the Book of Ralphie. You are in for an awesome adventure and Team Bigga Rankin is proud to answer the question “Who is Ralphie, El Farggo" WRNR style.

Posted by Bigga Rankin at 2:44 PM No comments: 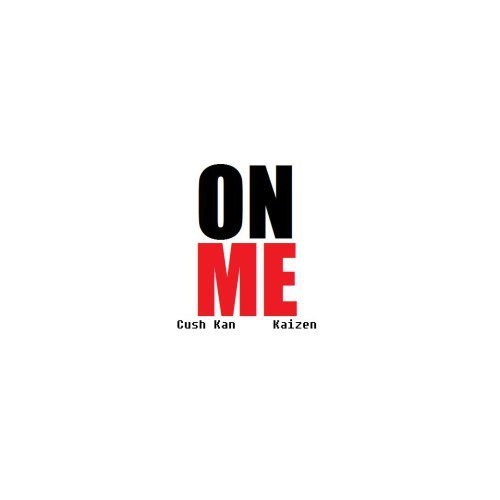